What's all the fuss over bacon without nitrites? Bacon, we've been bringing it home for millennia - some even say it was made in heaven itself.

Originally practiced in China, the salting of pork from domesticated hogs soon spread throughout Europe, through Germany where cured pork was called baco, and ancient France where it was known as bako. Both have a similar meaning; buttock, ham or side of pork.

Before refrigeration heavy salting and drying was the only way to store meat. Nowadays, bacon comes in a variety of forms and cure recipes. Including:

Bacon, whether Smoked or unsmoked is one of those foods most of us simply can't resist, what better than a few rashers of crispy bacon and egg or bacon sandwich with brown sauce.

Though pork bacon is by far the most popular, Mutton, Turkey, and Beef can also make great bacon. More recently even plant-based (vegan) versions have become readily available - whatever next!

Salt is the primary and only ingredient needed to make bacon. Though without the artificial preservatives, modern processing and sugar, it would look and taste very different from what we're used to in the shops.

Originally bacon and all meats were preserved with salt. Though the quality was hit and miss and varied according to the location from where the salt was extracted. Naturally, this meant that salt often contained impurities - some more welcome than others.

Take Saltpeter (Potassium Nitrate), a naturally occurring and generally beneficial impurity of rock salts. Producers noted that certain batches of salts resulted in bacon that lasted longer, had a more desirable red colour and a more appealing flavor. The first records of the reddening effects of Saltpeter on meat was reported during Roman times.

Interestingly, Saltpeter is also an ingredient in the production of fertilisers and fireworks and more worryingly - explosives.

Buyer Beware! as the friend of a friend recently found out, whilst attempting to purchase Potassium Nitrate without good reason, may well land you in the attention of MI5 and a very early alarm call! - a true story.

Standard curing of commercial bacon takes just a few days. It involves as much as 25% water injected as a brine solution along with phosphates to hold the water in. Sadly, both colour and flavor of commercial bacon are artificial due to the presence of; sodium nitrite.

Though permitted by EU and UK law, there are strict rules on isafe levels of nitrate and nitrite that may be used in food.

The threat of an increased cancer risk linked to Sodium Nitrite is real. Though, looking at it objectively, reporting may not be that simple. Can we simply compare cases of colon cancer to the levels of processed meat in an individual's diet? Is there something we're missing?

Clearly not everyone who has ever eaten bacon is going to get the big 'C'. Don't worry the threat contracting cancer is actually only increased due to high levels of Nitrosamines, not nitrate or nitrite itself. Nitrosamines are formed naturally in the body and can be created under the normal preparation and cooking of processed bacon.

However, heat is the major factor, more heat, more nitrosamines! Less heat = less frazzle... I think you get the picture. Sadly, this may mean the end of crispy bacon forever.

What is Nitrate Free Bacon?

Curing bacon without the injection of artificial preservatives, brines and sugar takes time!

For instance, our dry cure nitrate-free bacon is loved and cared for up to 5 weeks. In blending our cures provenance and organic are key factors in the selection of ingredients:

The result is all-natural nitrite free bacon with a subtle fragrance and intense flavors not found in traditionally cured shop bacon.

Even better there’s no added water, sodium nitrite or phosphates and so no grey frothy discharge (from the release of phosphates and water) or bacon shrinkage while cooking.

Primal Cut free-from unprocessed bacon contains only fresh organic fruit sugars and nitrates present in the natural raw ingredients. As with our gluten-free sausages, both flavor and preservation are achieved by the careful selection of natural organic ingredients. The best foods and most nutritious foods have always been made using natural ingredients.

Not exactly - We should understand that nitrates are a naturally occurring compound found in salts, herbs, spices, fresh fruits, etc. The important part for us is we've not added any synthetic form of sodium nitrite. This means it can be labeled Nitrite-Free. Anything heat treated, or created artificially carries added risks, our bodies rely on natural nutrient-dense sources of real food, hence why all our products fit these criteria.

To be clear, in terms of UK food labeling requirements; nitrate-free bacon, preservative-free bacon, unprocessed bacon, naked bacon, are all effectively the same thing. They all describe a type of bacon that's cured without the inorganic form of Sodium Nitrite or Nitrate. Strictly speaking, it should perhaps read: Synthetic Sodium Nitrite Free or Artificial Preservative Free. 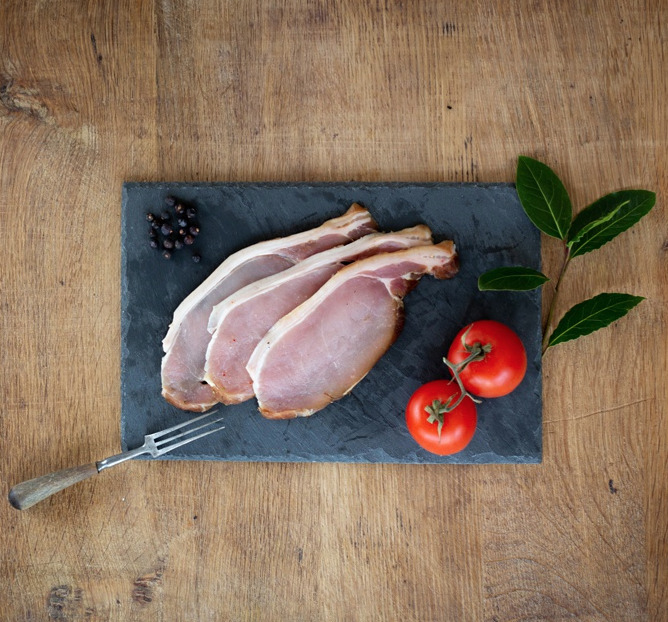 Fancy bringing home the bacon? Get 15% off your first order with promo code: PCBACON

To find out more about Primal Cut's selection of nitrite free bacon and nitrite free charcuterie visit our online shop.

10 Top Tips to help you prepare for your WHOLE30!

What is the WHOLE30 diet?

Hi! I'm Kate, Co-Founder of Primal Cut, mum, wife & Primal Baker! I live in West Yorkshire on the outskirts of Ilkley from where we work (Mike and I ) to create our range of healthy paleo, grain-free food! From delicious Primal Alternative keto granolas to nutrient-dense low carb bread, from vegan wraps to healthy sausages, nitrite-free bacon & charcuterie - it's all here. The fact that grain-free works for the keto and low carb movement means our food offers convenient, time-saving alternatives that will help keep you on track during your journey back to health! For the full range of healthy and convenient food check out our shop